Hello everyone! I hope you're all having a great weekend! I've been looking at lots of blogs in the last couple of days in my studying breaks and I have been just LATE AS F**K to the party commenting on some of them! LAME! Anyway, I've seen some really awesome looks and reviews lately; it's so cool to see the different ways and different styles in which people use makeup. Its creative possibilites are endless!! I love it! Anyway, here's a look I did when I was bored. There's nothing like some bright green lipstick to perk you up when your face is stuck in a huge book all day!

EYES: Eyes were prepped with UDPP and MAC Paint Pot in Soft Ochre. MAC Pigment in Mutiny was applied to the inner upper lid and blended into Miss X Royally Fucked (which I am pretty sure is a repack of TKB grape pop) which was applied all over the lid. Sugarpill Darling was applied in the crease and Absinthe was blended above the crease. In the outer V, Sugarpill Magpie was used. Urban Decay 24/7 Liner in Perversion was used on the waterline and Maybelline Black liquid eyeliner was used on the upper lashline. Maybelline The Falsies Black Drama Mascara was used on the upper and lower lashes. Urban Decay 24/7 Liner in Electric and Asphyxia were used on the lower lashline. 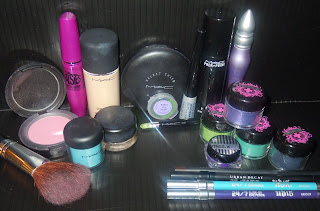 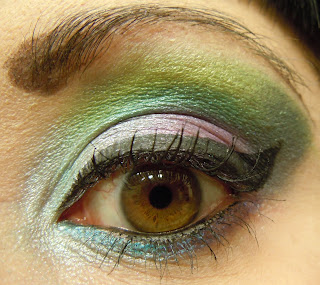 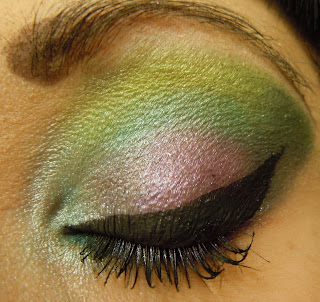 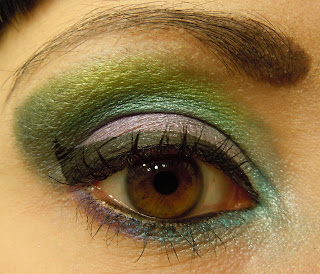 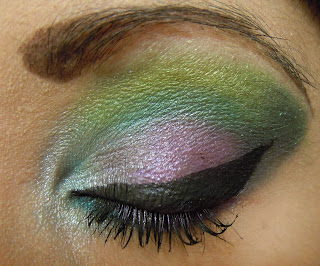 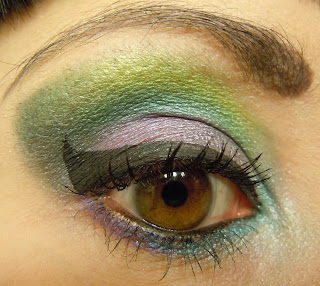 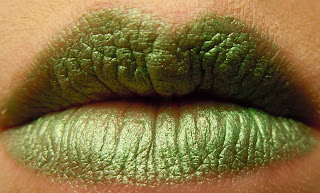 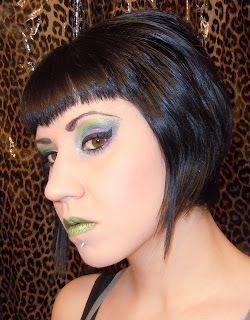 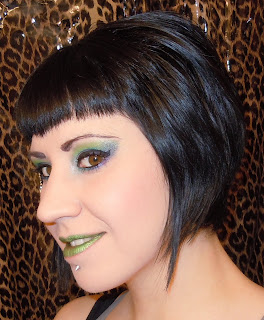 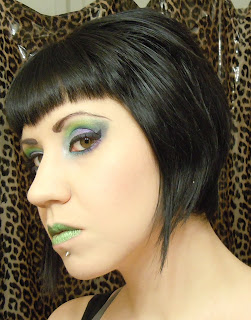 Posted by Vulcan_Butterfly at 11:04 AM