Necklace layering.....I think it was trendy like, 4 years ago or something. Since I am not up with the times I am only getting around to trying this out now. It works out well for me as I love to wear as many accessories at once as possible.  I had the good fortune to have New Year's Eve off this year; on New Year's Day I went out for dinner with a bunch of friends and this is what I wore.

So I guess it was the Oscars last night......I never watch them as I am not really a movie person. Today, I browsed through the results as they came up when I was Googling pictures of what people wore; I hadn't seen the vast majority of the films that were nominated. One thing I HAD actually seen was O.J.: Made in America which won Best Documentary Feature. It was one of the most interesting things that I have watched in a long time, I would highly recommend seeing it (especially if you're a true crime/documentary nut like me!)

Did you watch the Oscars?
Posted by Vulcan_Butterfly at 11:24 AM 1 comment:

I have always loved the casual chic look of a shirt dress but I could never find one that suited my body type. If you are large in the chest area they can make a person look like a shapeless blob or somewhat pregnant. Many of them are also too short for me. I recently found a really nice black one that had these neat ties on each side. You can tie them in the front, back, or side to give your waist some definition OR you can tie them up around your neck which is what I did here. (It's hard to see it in the picture due to my poor photography skills). It is a little bit on the short side for me as the buttons do not go all the way down the front; I hand sewed in a few snap buttons and now it stays closed when I am walking around.  I love basic pieces like this that I can pair with an endless array of different shoes and accessories. 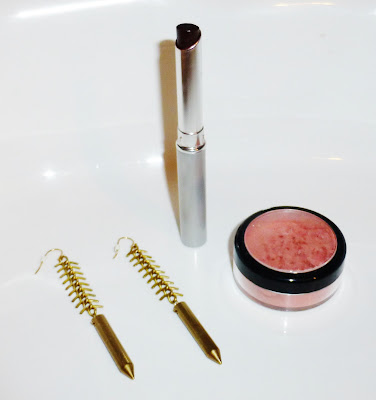 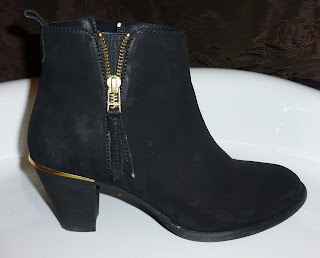 Are you a fan of shirt dresses?
Posted by Vulcan_Butterfly at 10:20 AM 2 comments: